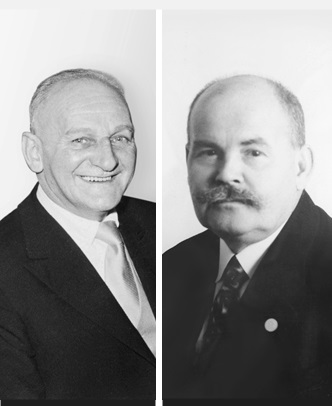 Hermann Bansbach Snr and his father-in-law Gottlieb Schramm founded "Schramm und Bansbach Apparatebau" in 1919 - a real family-run company: At this difficult time surely a great adventure and a daring undertaking. In the early years, it was mainly all about survival and the continuation of the still young company for the founding generation. The company managed to come through both the world economic crisis during the Weimar Republic and also WWII thanks to the ingenuity and flexibility of the founding partners.