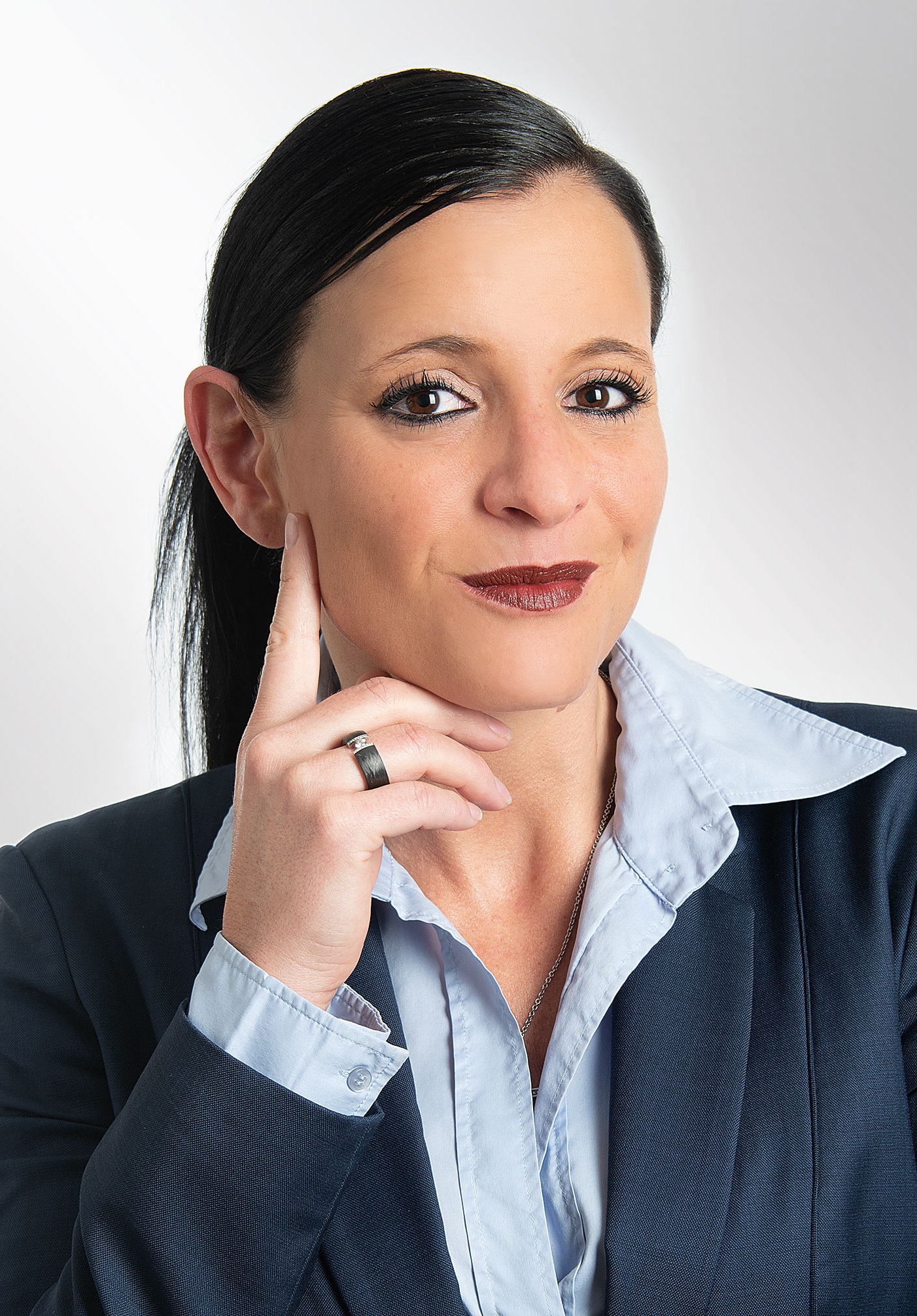 Anna Bansbach grew up as the daughter of Silke Bansbach and Edgar Hahn-Bansbach in the company and was involved in the business from an early age. This meant that her interest in the technology was aroused early on. It quickly became clear quite that she would follow in the footsteps of her parents as the oldest of three children. Anna Bansbach’s career began in 2002 in her parents' company with vocational training to become an industrial mechanic. It was then that she made the conscious decision not to continue her school education. Rather, she firstly wanted to learn the complex and very special production of the Bansbach gas spring from the bottom up.

After completing the vocational training, she returned to school to obtain the school leaving certificate. This paved the way for her further career. Anna Bansbach left the company again in 2005 to study engineering in Aalen. After graduating she joined the company again in 2010. She assumed responsibilities as executive assistant. From the beginning, her main focus was on production as well as technology and development.

At the end of 2011, Anna Bansbach joined the executive management and so had the general commercial power of representation. At the same time she completed her Master of Business Administration (MBA) in Deggendorf majoring in "Leadership of medium-sized / family-run companies". She graduated successfully in 2014. Again her business administration foundations were deepened and the existing technical expertise was ideally complemented.
The conditions for her way forward were established. Anna Bansbach's responsibility continued to grow. On January 1 2015, Anna Bansbach was appointed as the executive manager of Bansbach easylift. Together with her father Edgar Hahn-Bansbach, she has been in charge ever since and leads the company to a successful future. The journey of the previous decades is therefore continued and the values of the owner-managed family business are secured for the long term.